The following are from The Press Association. 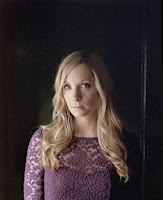 Downton Abbey star Joanne Froggatt has said Shirley MacLaine was lots of fun to have in the cast.
The Oscar-winning actress will appear in series three as Martha Levinson, the wealthy mother of Lady Grantham (Elizabeth McGovern), and has been over in England filming her scenes.

Joanne, who plays housemaid Anna, said: "We haven't worked together but I met her twice on set and she was absolutely lovely.

"She was amazing, everybody loved having her there. She was so much fun to have around, she's really fantastic."

The 31-year-old actress, who usually wears a dowdy maid's outfit in the hit ITV show, was partying at the Empire Film Awards 2012 and admitted she loved being able to dress up.
She said: "I love Anna, and I love playing her and I love my little maid's outfit, but any excuse to dress up and I'm all for it, definitely."

Leech: My moment with MacLaine

Downton Abbey star Allen Leech has confessed he fluffed his lines when Hollywood actress Shirley MacLaine turned up on set.
The Irish actor - who plays Branson the chauffeur in the hit ITV1 show - got starstruck when he filmed a scene with the Oscar winner, who will appear in series three as Martha Levinson, the wealthy mother of Lady Grantham (Elizabeth McGovern).

"I sat down and the first line I did with her, it came out as 'Blah blah blah' and she went, 'Darling I think you got that wrong'," Allen revealed.

"She's amazing. Lovely. And so down to earth, which was really brilliant. She arrived on set and she kind of just became part of the cast.

"It's one of those casts where everyone just gets on so well. It's like a big family and when she arrived she just got embraced into it and she went with it, and it was brilliant."

He added: "They got on like a house on fire. They know so many of the same people, they were sitting there swapping stories. Just watching them, there are three Oscars sitting there in front of you, it's amazing."
And the actor insisted he wasn't worried about ratings, despite rival BBC show Upstairs Downstairs experiencing a dip in its new series.

"You can never really think about stuff like that. You can only go on the success you've had before, and given the success we had, we'd love to match it and better it. It comes down to the storylines and I think they're there this year and I think we can do it."

Source
Posted by Kelly/Taiko at 10:03 AM No comments: 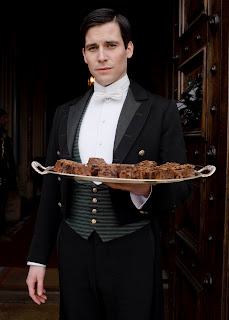 Rob James-Collier revealed that his character was only meant to be on the show for one season.

"When they started, my character wasn't even supposed to be in series two and three," he explained. "He was going to get sacked I think, because that's what I was told at the audition - 'It's a great part, he's a really nasty piece and he gets his comeuppance, but the only bad thing is that he gets sacked at the end'.

"But then after filming the first two episodes, the producers rang up my agent and said, 'Would he consider being optioned for series two and three?' And that just came out of the blue - it's a no-brainer.

"So here I am - I could have been killed off a million times. I haven't. But I could get killed off at the end of series three, you never know. So that's why I don't think too far ahead."

Source: Digital Spy
Posted by Kelly/Taiko at 10:18 AM No comments: 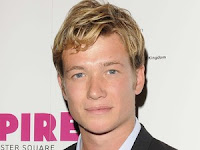 Ed Speleers has been cast in the new season of Downton Abbey. The Eragon actor will play a footman named Jimmy when the ITV drama returns.

Source: Digital Spy
Posted by Kelly/Taiko at 10:06 AM 1 comment:

Gillian Anderson has revealed that she turned down Downton Abbey. The X-Files star was offered the role of Lady Cora Crawley - eventually played by Elizabeth McGovern - in the ITV period drama, according to TV Guide.


Source: TV Guide
Posted by Kelly/Taiko at 11:24 AM No comments:

I'll be keeping track of the contracts as the news breaks.

So far everyone except the following have renewed their contract for a 4th season:

The Fresh Prince of Downton Abbey

Posted by Kelly/Taiko at 1:07 PM No comments:

Behind the Scenes - Season 3 - SPOILERS

Shirley MacLaine is pictured filming "Downton Abbey" on February 21, 2012 in London, UK. The 77-year-old actress will be playing Martha Levinson, the mother of Lady Grantham (Elizabeth McGovern) in the third season.

A new footman is coming to Downton Abbey ... one who is very closely connected to O'Brien.
With Thomas likely to become Lord Grantham's valet now that Bates is imprisoned, Downton hires a new footman named Alfred.
Digital Spy reports that Matt Milne (War Horse) will join the cast in Season 3 as Alfred, who also happens to be O'Brien's nephew!

Behind the scenes of the wedding in Season 3:

The cast of Downton Abbey gathered in Oxfordshire, England on March 5th to film the much talked-about wedding scene between Mary and Matthew (cousins, but lovers) for season three.  From the looks of things on the set, it appears that nuptials went on as planned.
Source: socialitelife.com

Posted by Kelly/Taiko at 4:25 PM No comments: 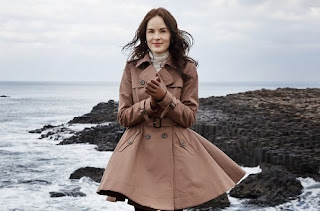 Michelle Dockery, Stephen Fry, Rupert Grint and Julie Walters talk us through some of their favorite places in the UK.

Screen caps by Kelly/Taiko.
Top photo from Yahoo.com
Videos from enjoyenglanduk on YouTube
Posted by Kelly/Taiko at 9:53 AM No comments:

Dan and Michelle filming a scene for season 3

Posted by Kelly/Taiko at 2:41 PM No comments:

Michelle is at the Miu Miu Fashion Show in Paris today. 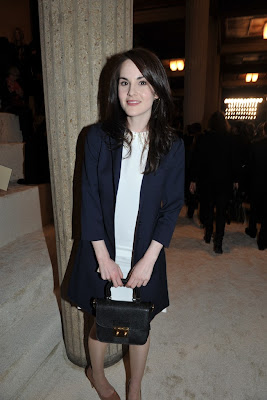 Posted by Kelly/Taiko at 2:18 PM No comments: